Whilst photographing for the TV show Wedding Day in New York last week I heard the sad news of Patrick McGoohan had died. I had my studio in Santa Monica on 6th and Broadway, anyone will know it, it was close to a Winchells Donuts,always in this place you would find some very colorful homeless characters.On one trip to grap a cup of coffee, sat at a table was Patrick McGoohan ... my childhood hero, I loved Danger Man. He looked a bit down on his luck blending in with the rest of the homeless gang there.
I walked up to him offering my business card and told him I was a great fan I would love the opportunity to photograph him. 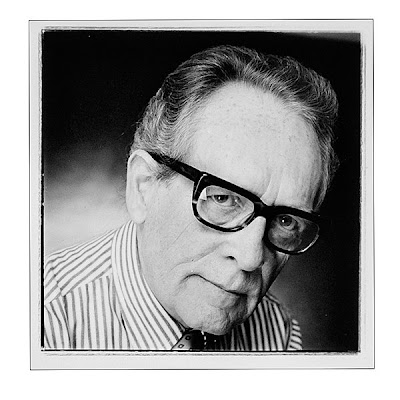 Alertly he said actually Im looking to do a new headshot. Days later he came by banging on my studio door, I thought it was someone unwelcome, I opened the door only to knock Patrick for six across the alleyway.
During the shoot ( the photograph above) I expressed my surprise at seeing him at Winchells, he told me although an actor, he loved writing, so listening to some of the far fetched tells and conspiricies of ex vets and homeless, was a good source.
Then I thought of 'The Prisoner'.Did that come from Winchells donuts ?
Patrick insisted that he should pay me for this invited session I bluntly refused, later that year at Christmas, Patrick arrived at my studio with the biggest box ... there was a thank you note and a box full of Portmeirion china where he had filmed 'The Prisoner'
My thoughts and condolences go out to the McGoohan family at this sad time.

I came across a great site today if you remember Danger man click here
Posted by ian johnson photo at 03:06

What's sad about this story is that your found him "down on his luck." Does that mean living rough?

I would have imagined PMc would have made good money from the Prisoner. Unless he frittered it away one imagines he would have enough to live OK for the rest of his life.

I just came across your site via The GREAT DANGER MAN site.

I've been a lifelong Patrick McGoohan fan - one of the finest actors.

I thank you for your recollection of him, and, I too - and I'm sure many, many others wish his family best wishes.

Your photographer Ian Johnson is considered to be one of best top photographers in europe . The style has been described as ' cinematic storybook reportage ' by UK magazine ' Weddings'